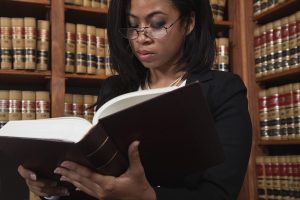 Kim McMahill grew up in Wyoming.

If any one doubts the power of the new Internet look no further than Second Life–that virtual wonderland-where you can thrill to the view of your palatial gated manor and take flight in your jet car to visit the gay, straight or “furry” neighbors.

It only seems like a fantasy until you realize that servers populated like small cities complete with laws and all the trappings of society compete for our waking life. Why is a universe with all the social dynamism of the ”real” world called “virtual,” especially when your Second Life can make you real cash. Is jurisprudence (and no I do no mean the law) prepared for all this world has to offer? Are we prepared for a future when “on line” versus “real world” is no longer a valid distinction. Second Life and other “metaverses” offer a rich vision of how the net will change our lives and then came the lawyers.

While even now the real world struggles mightily in defining property Rights (consider the Supreme Court decision on the limitations of eminent domain in Kelo v. City of New London), the virtual world cannot expect to be shielded from the shrill call of “hey that’s mine!” When the call is heard, will the bar respond with a litany of unmitigated liability.

Property rights are the cornerstone of any modern civilization. And as the societies that don’t live on servers have grappled with this essential principle, so too will the Second Life’s out there. With few exceptions, the virtual world relies on a pastiche of honor systems and internal rules to maintain “law and order.” And when that doesn’t work, there is the Terms of Service Agreement. However, as greater emphasis on commerce competes with socializing, then theft, fraud and the call for “human liberties” will undoubtedly make the virtual world behave more like the real one. And frankly the draconian tone of a Terms of Services agreement is a far cry from what the founding fathers had in mind in 1776.

Consider the case of Marc S. Bragg (he is also accepting donations to pursue his suit and he has succeeded in evading a removal for arbitration). By allegedly exploiting a technical loophole in Second life that enabled him to acquire virtual properties at a significantly reduced price he caught the eye of the wrong people. Thinking that he had found his way to being a binary billionaire, his cottage industry was summarily seized and destroyed. One pictures acres of pixels razed by polygon storm troopers. Far less dramatic was the push of a button to make Bragg’s empire vanish– his account terminated based on a violation of the Terms of Service Agreement. Confronted with what argues is an illegal taking, as an attorney and as an American, he did his duty… he filed suit.

While I and others do not see this case as a dispute over property rights (largely because terms of service agreement appears to cover this situation which really hinges on a breach of contract principle; rather than property rights), it does speak of things to come. For example, does Bragg have a proportionality argument? Is Second Life evolving into a public arena that must apply state and/or federal laws rules and regulations, what about the constitution?

In existence for nearly a decade the new generation of MMORG’S aggressively blur the lines between life m the flesh and life or the other side of a keyboard. It’s much easier to be flip about losing a plus five sword of orc smashing then about the loss of a virtual factory that generates REAL money for Virtual employees and investors. It this trend continues, and there’s no indication it won’t, a crisis is looming. And certainly at that time there will be more than enough call within the legal community to establish real world legal systems in wonderland.

Now is the time, not when a crisis occurs, when we should examine cyber jurisprudence in a cyber society. Left to their own devices, lawyers have a way

of siphoning the joy out of anything. Stories like Bragg’s probably have most attorneys drafting retainers for the personal injury claims of the 21st century rather than trying to shape a sustainable legal framework for cyber society. As we have discovered in the real world, the Internet has rarely offered easy opportunities to co-opt existing law.

Yet, we are presented with an unprecedented opportunity to re-imagine the role of law, to redefine its relation with people, to create a legal system heretofore undreamed of. The architects of Second Life, Wikipedia, and others are anything but traditional. Why shouldn’t lawyers be similarly uninhibited? What should the role of an advocate be in a world of polygon avatars? As lawyers, our first question should not be how to make real law apply to the virtual? It should be: how do we make new institutions for a new world?